The Native Americans learned how to live in harmony with nature. They associated almost everything with the traits found in other creatures, and their closeness with nature meant that their entire zodiac is focused on animals. However, you should know that the Native American zodiac signs and meanings are not like the one you might have seen.

Just like Western astrology, Native American astrology also has 12 totems, each represented by an animal. They divide the year into four important parts: the North Wind, East Wind, South Wind, and the West Wind. Each of these parts is represented by a zodiac animal. Let’s discuss the signs.

The otter is the first zodiac in Native American astrology. It behaves very differently to the weasel, its closest cousin. However, you should know that people born within this zodiac sign are also of a similar nature; they are creative and they like their independence.

Above all, they are quite friendly and have a positive view of life. They also make for great friends, and you will be hard-pressed to find a better person to listen to your problems and give you advice.

Next up is the wolf. Regarded as a deadly and dangerous creature by most, the Wolf has a very different image in Native American astrology. In fact, they consider it to be generous and caring. They believe that people born in this sign are very attuned to their surroundings.

This sensitivity means that they are easily affected by negative and positive things, and they love to partake in the happiness or sorrow of others. They love their group of friends, just like a wolf loves its pack, and they are willing to go above and beyond for them.

The falcon is considered to be the leader in Native American astrology. It’s powerful, strong, and able to withstand turbulence in life. The reason why this is such a powerful zodiac is because the falcon is able to see through different situations clearly and make important decisions.

They are incredibly persistent and determined about their goals. They are also not scared of initiating conversations or letting people know how they feel about them. More importantly, if a falcon finds that they are not appreciated in a particular environment, they will move to another group.

The beaver is incredibly strategic, and this trait also lends itself to people born in that zodiac. The beaver knows how to create a safe haven for itself and they are able to free themselves from problems and hardships in a good way. Those who belong to this sign like to go toward material things.

They don’t like affecting the decorum of things; they like going with the flow. However, you should know that the beaver is quite calculating, and they sometimes can become authoritative as well.

The deer is one of the signs that is able to grab and hold on to almost everyone’s attention. They are complemented for their looks, their swiftness, and their sharp senses. They are also incredibly steady in their life, and because of their sharpness and intellectual minds, they can easily maintain an excellent conversation with others.

These people are quite well-read, and they make for great friends. You should know that they are often the ones making people laugh, and they are generally quite humorous. You are going to have a great time with them!

The woodpecker is incredibly caring for its family or its friends, and they often go out of the way to make sure that they provide everything that their family needs. They are incredibly protective and devoted to their partners, and they are going to give as much love and care as they can.

They are quite romantic as well, and you can always rely on them for support. However, they are not born leaders, so taking initiative is not their thing.

However, you should know that sometimes, these people are quite negative and can come off as egocentric as well. That’s something you will have to watch out for.

The brown bear is considered to be protective and very methodical in its approach. They are levelheaded and intuitive, and they have an innate ability to provide guidance to others. As a result of that, they often come off as great mentors. They usually have a practical and modest demeanor, and they are usually quite approachable.

They are very generous and they are quite patient, and this makes them incredibly suitable as partners. But, there are times when these people may come off as a bit lazy too!

The raven is often known to bring balance to extremities. People born under this zodiac are known to be peace-loving creatures and they really strive for unity and harmony. These people usually act as the anchors in a group and they know how to keep everyone grounded.

However, their diplomatic nature may become unappealing to some people, as they are almost always looking for a peaceful way out.

Devious and cunning, the snake is one of the most mysterious creatures. People born under this sign are known to be very inexpressive and they do not like to showcase their emotions as much. They are always there for people who need help on a physical, emotional, or spiritual level.

They are very spiritual in their nature, and they are quite supportive and caring about their friends.

The owl is a great listener and they often give amazing advice when it comes to life or its purpose. They are also incredibly fun to be around and they just love to party. They are incredibly sociable and you will always find them surrounded by a group of friends.

This is a fun thing, because these people are never boring. They always have fun stuff to say!

Finally, you have the goose. Known for its ambition and its reliable nature, the goose is incredibly focused and thinks long and hard about its way of living. People born under this zodiac are incredibly strong and they don’t mind being the leaders in a group either.

They are quite protective and caring about their family and they don’t mind helping out their loved ones, even if it inconveniences them. However, you should know that these people hate people who lie to them, and they can even snap in such cases.

These are the 12 Native American zodiac signs, and what they represent. Now that you know about their zodiac and the signs, you might realize that they are not all that different from the Western Astrology. 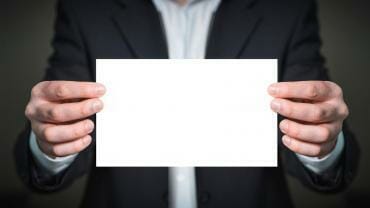