Manipulation, at its core, is a simple form of social exchange that benefits manipulators while pushing forward at the cost of their target. Manipulation can be done both mentally and physically, and is used by people to get their way.

It is also designed to change power dynamics in a social exchange, with many defining it as the act of influencing and convincing another person to embrace their beliefs or their actions, while advancing their agenda. In the following article, we are going to talk about several social manipulation techniques and how they work.

There are several different techniques that can be used for social manipulation. Here are some of the most common ones.

Social scalping is simply defined as a means of exploiting the system of social exchange. It is a form of manipulation in which one person tries to inflate their contribution and devalue the contribution given by the victim, in a way to promote themselves over another person.

A simple example of that is the debt inflation system. People who often feel that they are indebted to another person will be inclined to give back to them. This is generally known as the factor of reciprocity. They will give back what they have received. If you have received something from someone, you will want to give it back.

Finally, they may remind you time and again of favors that they have done for you in the past. This strategy often works and the person feels that they are inclined to give back more than they are supposed to. It is one of the most effective social strategies that can yield dramatic results if done correctly.

One of the most effective techniques used for social manipulation is guilt tripping. In the simplest of terms, guilt tripping is all about making a person feel worse off for something that they have done. They are often reminded of their actions, and the guilt influences their current actions.

For example, a person may guilt trip another for their ability to help them, but they don’t. Guilt trippers often make it seem that they are more deserving of your help, even though they aren’t.

Guilt tripping culture is actually quite prevalent in certain demographics, where a person is made to feel guilty for things that they may or may not have done. These are harmful techniques that can greatly influence a person’s behavior.

A pity play could be a photo, a conversation, or a statement that is designed to make a target pitiful. The most common example of a pity play is a beggar wearing torn clothes and looking disheveled. A person is going to feel pitiful for the beggar, and may give them more money than they wanted to.

Pity plays are simply a derivative of guilt tripping, because the target paints themselves to be the victim and makes the other person feel guilty about not helping them. Essentially, the reason why pity plays are so effective is because they make the person think that they are guilty because of them.

While pity plays can be used for good causes, you have to understand that they can also be used for harmful reasons. They are often considered to be last-resort manipulations and in some cases, an opponent might be made out to be barbaric in nature, even though they aren’t.

Moralizing is a manipulation technique that is designed to make a target feel guilty for their beliefs or their behaviors, primarily ones that do not conform to the ethics or morals of the manipulator.

The reason why this is considered to be a manipulation technique is because there is nobody who is responsible for deciding a “good” or “bad” set of morals. Religious persons often make themselves out to be “better” than those who do not follow religion closely.

They will say that because a person does not follow religion, they are going to be confined to the layers of Hell, even though they have done nothing wrong. Essentially, the target is going to feel that they are doing something wrong, even when they aren’t.

Any person who acts like a “judge” and starts moralizing and talking about someone’s character is moralizing. This is one of the oldest manipulation methods in the book, and has been used since time immemorial. People were branded as adulterers and adulteresses in the past because they simply loved one another.

Sexual moralizing has been around for quite a while, and is prevalent in our society. Women also use moralizing to shame men into committing or providing, and it goes both ways.

To gain a few social credits, a person may offer fake information about themselves, or simply provide information that is not required at all. This information can be used later to gain more valuable insight into their target.

Personal information is of considerably high value in social exchanges. It provides power to the receiver and allows them to use that information to sway the conversation as they see fit.

Because of the nature of such conversations and the social dilemma that comes with it, the social exchange system can be easily manipulated to gain access to more information. For instance, a woman may tell a man that their divorce was difficult, and then expect them to tell more information about themselves.

This is known as tit for tat self disclosure.

It can take a while for a person to understand that they are being manipulated, and people are especially vulnerable when they have suffered an emotional loss or are incredibly happy. That is why you must never make a decision when you are in a heightened emotional state. 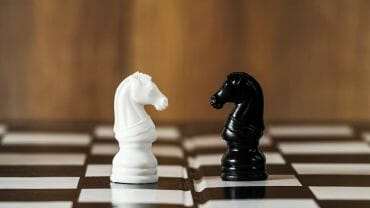