When most people think of comedians or people who are amusing, a lot of people do not realize that there are actually several different types of humor that people can use.

Of course, there is humor that is focused on classic jokes that everyone knows and loves. There are also other types of humor that are so overdone that the moment people hear a joke, they groan and roll their eyes.

Chances are that in today’s day and age, you may not have heard the term “dry humor” before. This style of humor was massively popular in the 1930s and has become a classic style of making people laugh ever since then. Before you can begin to learn about what exactly dry humor is, what it incorporates, and what situations it is used in, you are going to want to have a good understanding of how this style of humor came to be.

In fact, the name of this type of humor says it all. The term “dry humor” refers to the fact that this form of humor is presented with little to no change in expression, or in a deadpan manner. The term deadpan combines the word “dead” and “pan,” with pan referring to old slang for the word face. This means that, at its core, dry humor is simply humor that is given with a “dead” expression. Of course, there is much more to this art of humor than that.

What Exactly Is Dry Humor?

For example, plenty of people change their tone of voice, their expression, and even gesture when they are being sarcastic to somebody. For dry humor to be successful, the person executing the joke shouldn’t have any changes in their tone, expression, or their gesture. After all, the “art” of dry humor is delivering a humorous line as if it were normal, everyday conversation.

One good example of dry humor that is famously used is the 1980 hit film Airplane!, which is done almost entirely in dry humor. At its core, dry humor is characterized by being purposefully emotionless, or being neutral, to a situation that is otherwise chaotic and ridiculous. The juxtaposition of the blunt and ironic deadpan joke with the chaotic and amusing scene is what gives people their laughs, and it is what has made dry humor as famous as it is today. By watching this movie, you should be able to get a better understanding of what dry humor involves and how experts can pull it off.

Now that you understand more about what dry humor is, you can begin to learn about where this term came from and what place it has in comedy and playwriting history.

Where Did the Term “Dry Humor” Originate From?

It is believed that the term “dry humor” originally came from the 1920s and was used interchangeably with the term “deadpan.” As mentioned earlier, the word “deadpan” is a compound word that uses the word “dead” as in emotionless, lifeless, or something similar to that effect.

“Pan” was the contemporary slang for “face” during this time period. This means that the term “deadpan” would refer to someone delivering a joke with a “dead” face, or a face that is emotionless. While it is believed that the term originated during the 1920s, it wasn’t until 1934 that the term truly began to have its own definition. From there, it would have a massive impact on the entire world of comedy.

Both sitcoms from the United States and the United Kingdom rely somewhat heavily on dry humor to really make the point come across. In fact, one could argue that dry humor has had more of an impact on British society, becoming a core staple of the comedy from this area of the world. Many comedians from both countries rely on dry humor to make their livings. Because both countries use dry humor so well and so often, it is difficult to tell where exactly in the world that it emerged.

How Does Dry Humor Differ From Sarcasm?

In a sense, both dry humor and sarcasm are quite similar types of humor. They share a lot of the core ideals, such as words, tone, and actions being contradictory to a situation at hand. However, the point of sarcasm is to say the opposite of what you mean.

On the other hand, the point of dry humor is to be serious in an otherwise chaotic and amusing situation. This is one of the biggest differences between dry humor and sarcasm. Another way that sarcasm and dry humor differ is that dry humor is relied on almost entirely to make jokes and to make other people laugh.

People who rely on sarcasm can use this to bring others down, mocking them, insulting them, and generally not being nice. It is incredibly easy to insult someone with sarcasm, whereas with dry humor, it is noticeably more difficult to pull off an insult smoothly.

In the end, dry humor and sarcasm might come from the same core of juxtaposing something, with dry humor contrasting the situation at hand and with sarcasm contrasting what the speaker actually means. Unfortunately, the implications of these types of humor make it much easier to tell them apart, allowing you to know what the difference is between basic sarcasm and someone who understands dry humor.

What Are Some Examples of Dry Humor?

There’s a good chance that if you go looking for examples of dry humor, you will find many, many different examples. Some of these examples might contain the dry humor that you have always been looking for. Other examples might toe the edge of being sarcastic or even malicious and vulgar.

Dry humor doesn’t always have to be this way. One example of dry humor would be the statement of “Life is a soup and I’m a fork.” Not only does this share its message easily, it is something that many people can relate to feeling. If you feel that dry humor is the route that you want to take with your comedy, then you can rest assured knowing that there are plenty of different jokes that you can make to please everyone.

People who are good at dry humor are often regarded as smarter and more intelligent, due to the fact that dry humor relies on less direct cues than other jokes might. This is simply yet another reason to consider learning more about dry humor, what is involved in making a joke, and learning how to turn yourself into a natural comedian through it. 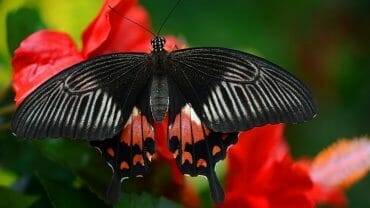