French jokes are hilarious and all, but have you heard people laugh at brunette jokes? These gags take humor to a whole other level! No wonder audiences can’t contain themselves whenever a performing comedian integrates them into their act. But are these jokes the recluse of sold-out arenas? Hardly.

Good old banter tends to crop up even in everyday conversation, leaving friends and family rolling on the floor. Unless, of course, you’re the unfortunate one they’re having a laugh at. No worries, though! They say that laughter is the best medicine, and who doesn’t want their loved ones strong and healthy?

The Ascent of Brunette Jokes

Unless you’ve been living under a rock, everyone knows that a brunette is a girl or woman whose hair is brown in color. In the same vein, those with pale yellow hair are blondes, while those with red hair are redheads.

Unsurprisingly, people have gone on to stereotype individuals within each of the three categories. Blondes seem to get the worst of it, but redheads and brunettes aren’t spared either. And as redhead and blonde jokes continue to rise in popularity, brunette jokes follow in the same trajectory. Hey, the world is all about all-around equality nowadays, isn’t it?

Jokes tend to be way funnier when they’re blurted right out, no? No wonder we’re diving right into the thick of some of the hilarious banter brunettes had to deal with. Let’s do this, shall we?

Blondes as Punchlines in Brunette Jokes

Pop-culture has been instrumental in driving the blonde v. brunette rivalry, mostly by painting blondes as the dumb group. Add redheads into the mix, and blondes still don’t come out on top. Therefore, it is not surprising that whenever someone cracks a joke involving any of the three, it is always at the blonde’s expense.

In fact, compared to the blonde and redhead jokes, not that many stand-alone brunette jokes exist. Ask anyone with brown hair why this is so, and they’ll have an easy answer – it’s because blondes would have to think them up.

A Blonde, Brunette, and a Redhead

A blonde, brunette, and a redhead were arrested and sentenced to death by firing squad. To try and save themselves, they came up with a plan to distract the soldiers by alluding to some sort of emergency or natural calamity.

First to be called up was the brunette, who shouted “Tornado!” as the countdown got to zero. While the soldiers ducked for cover, she escaped. Next up was the redhead, and as the countdown drew to a close, she yelled, “Earthquake!” and was able to escape too.

What did the blonde do when the captain got to zero? She yelled, “Fire!”

A Brunette and Two Blondes

Hanging on for dear life on a rope attached to a helicopter in midair, a brunette and two blondes were at an impasse on who should let go as the rope could only support two girls. As the two blondes were arguing, the brunette was thinking of the perfect plan to save herself.

Shushing the arguing blondes, she started telling them a very emotional story. So touched were they that they began to clap. And with that, the brunette’s problem solved itself.

The blonde, intrigued, gets down on her knees, licks the puddle, and thinks for a moment. She then states, “It’s no one from this building.”

A brunette and a blonde were unfortunate enough to fall into a dark well.

To which the blonde replied, “I can’t really tell. I can’t see.”

A blonde, brunette, and a redhead are all in the ninth grade – can you guess who is the sexiest of them all? Easy. It has to be the blonde. She’s the only one who’s 18.

The One About One-Liners

Ask anyone with a funny bone in them, and they’ll tell you that they’ve most certainly had a laugh at the expense of blondes. As everyone knows, the stereotype is that they have a shortage of intelligence, and this same inference is used to for this famous brunette joke.

Within other circles, the punchline is usually “so that blondes can remember them.” Either way, blondes can’t seem to escape that “dumb” stereotype.

A brunette and a redhead were at a bar checking out dudes. The redhead notices a handsome guy walking in but sees that they’ve got dandruff. She says, “He’s cute, but he needs some head and shoulders.” The brunette asks, “How do you give shoulders?”

Evidently, many brunette jokes tease blondies (yes, blondies) and redheads instead of necessarily poking fun at individuals with brown hair. Nonetheless, some portray brunettes as having questionable hygiene. Could redheads and blondes be behind this? No one knows, but here are some of the funniest of these gags:

When it comes to brunette jokes, some portray them positively but at the expense of blondes. At the same time, some go straight for the jugular where brunette stereotypes are concerned. Admittedly, the entire affair can be a little bit confusing.

Whatever floats your boat, though, isn’t the endgame that hearty laugh you get from these gags? Good-natured banter is at the core of human interaction, so we might as well enjoy it while we can.

After all, jokes are never to be taken too seriously. 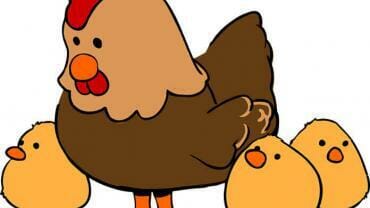