The dispatch rider rushed through the smoke-filled battlefield, intent on reaching headquarters. An artillery shell explodes nearby, wounding him and his trusty steed. The rider’s satchel lays abandoned on the muddy field, filled with vital intelligence reports that never reached the general. The war is lost days later.

The Greatest War Board Games You Can Buy

War board games are won and lost on the unforeseen event. Unlike wargaming, which focuses on the detailed movements of individual squads and corps, a board game emphasizes the strategic big picture view. Players can lose by ill-conceived deployment of forces and sloppy resource management, as well as being outgunned and outnumbered. The best historical games are steeped in atmosphere and tense strategic decision-making. The games below are some of the best examples of history-based storylines. Each one has stood the test of time.

What are you prepared to do to survive and win? This is the question at the heart of Diplomacy. Set in Europe on the brink of World War I, Diplomacy is a true classic. No dice to determine a lucky escape or a dire end. No cards to reveal a new skill, uncover hidden treasure, or launch an unexpected event. Diplomacy’s maneuverings and manipulations are all entirely human-driven.

Seven players are randomly assigned one nation among the great powers of the age: England, Turkey, France, Austria-Hungary, Russia, Italy, and Germany. Each nation has territory, supply centers, and military forces. There are 34 supply centers in total. The game ends if one player secures 18 centers or a draw is declared.

Each nation starts with three pieces that represent home supply centers, while Russia starts with four pieces. Every piece is equal, and they gain an advantage over other pieces through alliances. With no cards or dice, players must negotiate directly with each other. As in real life, nations can form trusted alliances, wary partnerships, or launch opportunistic one-off operations.

In the half-hour diplomatic phase, players talk publicly or privately to sound out other players and begin alliances. During this time, players can vow support for one nation while plotting against another. Anything goes. After the diplomatic phase ends, each player has 15 minutes to write down the upcoming moves of their armed forces on land and sea.

With all the players gathered around the board map of the great powers, the moves of each nation are read out loud. Forces are positioned, and supply centers captured or endangered as players reveal their moves. Nations quickly realize who is reliable and trustworthy and who is not.

Every round has a spring and fall season beginning in the year 1901. Games can last four hours or more as alliances shift and crumble. The game offers the most fun if all players have the same experience level. A beginner playing with long-time players will be at a disadvantage from the start. Diplomacy is an intense, complex game where a lone sheep can outwit a pack of wolves or be easily overwhelmed by them.

In the early days of Diplomacy, players who could not play face to face would write letters during the negotiation phase. Today, conventions and tournaments continue to be held. Several online variants of Diplomacy have attracted a new generation of players. Publisher Avalon Hill has continually generated full and updated editions of the game over the years.

Most war games are designed for two or more players, but solitaire games were made with an individual player in mind. B-17 Flying Fortress Leader is a great example of this design. It’s a thematic game with strong storytelling elements. The premise sets the player in England in WWII. As an Air Force commander, your mission is the destruction of the Luftwaffe. You must succeed, or the D-Day landing will fail.

The game begins with the player picking a campaign. A campaign can involve destroying factories, U-boats and enemy bases. Campaigns can be long or short. The player chooses combinations of bombers and escort fighters to fit the mission based on how many special operations points they have. You can outfit the B-17s, B-29 Superfortress, B-24 Liberator bomber, Spitfire fighters, and P-51 Mustangs. The campaign sets up the number and location of opposing Luftwaffe units and their assigned commander. The choice of commander affects the effectiveness of the Luftwaffe and your chance at victory.

Once your combat group is on its way to the designated target, you roll the dice to determine the Luftwaffe’s response. Your escort fighters must clear the sky of enemy fighters before your bombers can pass through to the intended target. The Luftwaffe’s reaction will range from no response to an all-out offensive against your forces.

Should your bombers get past the blockade, they must locate the correct target and drop their bomb. The level of destruction will determine if you have won the campaign or not. Winning grants experience to commanders and crews, which improves their chance of victory in the next campaign. Will your forces win in aerial combat and complete their mission or limp home in defeat?

B-17 Flying Fortress Leader from Dan Verssen Games (DVG) is not a visually striking game. Its status as a classic relies on its tactical intricacy and depth. Game sessions can last up to two hours.

Asmodee Digital’s Twilight Struggle puts players on opposing sides during the Cold War between the United States and Russia. Each side picks over the ruins of World War II intent on extending their ideological influence at the expense of the other.

The game merges real events into its timeline using event cards. This forces players to be aware of balancing each decision with potential consequences. Players must determine where to place units to make the most of timing and world events. Just how far will one side go without tipping the world into a nuclear conflict?

History plays out on the expansive world map board from the Middle East conflict in 1948 to the Cuban missile crisis and even the ’60s space race. When an event card gets drawn, the player must decide what to do. Will they use the event to exert more political control, topple a regime, or to invest in scarce resources?

No one grand gesture or event leads to victory. Instead, tiny decisions that force players to abandon one strategy for another can often influence the ending dozens of moves later in the game. Second-guessing and indecision only increase the drama. The Cold War lasted 45 years, but veteran players can complete a full game within two to three hours. Beginning players should start with short campaigns to learn the intricacies of the game. There are several ways to win: reach 20 points, establish control over Europe, or initiate a nuclear war.

A collector’s edition of Twilight Struggle is available with new event and action cards and the Turn Zero expansion pack. Turn Zero sets the game to a point earlier than 1945. A digital version is available for PC and mobile.

The Carthaginian general Hannibal’s presence looms large over Rome. Players can choose either side in this simulation of the Second Punic War. Goals and gameplay are fairly straightforward: defend and defeat Hannibal or outwit Rome’s generals and take the city. Each side increases political control with each conquered province. He who controls the Mediterranean wins!

The gameplay is balanced from the start. Carthage has the military brilliance of Hannibal while Rome controls the sea. Hannibal is hampered with limited manpower. Rome’s available generals range from inept to adequate, depending on the assigned position and mission. It will take skillful moves for either side to win.

Card draws control the game’s progress. Cards can launch events, add troops to reinforce an army, control generals, battle maneuvers, and raise political influence. Players must use these cards wisely. A player with more cards has more options for offense and defense.

Battle Cards govern battles. When one side attacks, the other side must counter. Moves get exchanged until one side cannot match a move and loses the battle. Hannibal needs to have Iberia and one additional Roman territory to win, while Rome must control all provinces. Hannibal: Carthage vs. Rome is designed for two players and suitable for ages 12 and above. Playing time for experienced gamers is two to three hours.

This classic game has been expanded in the 20th anniversary edition Hannibal & Hamilcar: Rome vs. Carthage. Publisher Phalanx has added new scenarios, miniatures, dice, cards, and a double-sided board map. The overall graphic design of the whole set has also received an update. Hamilcar contains a companion game and extra campaigns. Carthage has control of Corsica, Sardinia, and Sicily. It must hold these islands while preventing Rome from dominating the Mediterranean Sea. Two additional expansion packs are available – Price of Failure and Sun of Macedon.

These classic war board games have remained fan favorites because of consistent game mechanics and attention to historical detail. Gameplay has been tested and refined over decades. Every version of these games – mobile, PC, and table-top – uses the same game system and rules.

All the games covered would overwhelm a beginner with the scale of decision-making required. To get the most positive value and experience, players should be prepared to read the rulebooks before playing. Their early efforts will be rewarded as the games prove entertaining, absorbing, and even educational thanks to their historical themes. 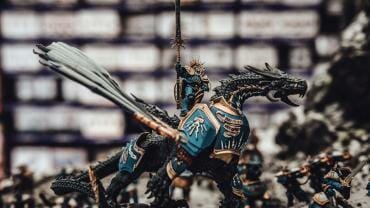