Card games can take many forms, just as the decks themselves have changed a great deal over the years. Many card games have been developed, but none are quite as diverse and unique as deck-building games. These types of games offer rich experiences and deep strategy beyond that of traditional card games.

In this article, we will outline some of the best deck-building card games that offer robust gaming experiences with awesome and imaginative themes. The games on this list are sure to provide unparalleled enjoyment for everyone involved. Let the adventure begin!

What Are Deck-Building Games

In a trading card game, players are tasked with collecting cards on their own – usually through “booster packs.” Booster packs are small packages of cards that can be added to a player’s private collection. The more cards a player can collect, the greater their arsenal becomes. When the actual game begins, each player draws from their own personal library of cards to play. Cards can be won, lost, or traded with other players in the course of a match.

In contrast, a deck-building game has all the players draw and play with the same deck of cards, at game time. Additionally, most deck-building games also include a game board with other game pieces. This can provide a great atmosphere and themed experience beyond the cards themselves. When the game is concluded, players do not keep any cards, all cards are returned to the deck and put away with the rest of the game pieces.

So a trading card game and a deck-building game both offer completely different experiences and play styles than each other.

Build on the Deck-Building Experience

Another advantageous difference between a deck-building game and a traditional card game is the availability of “expansion sets.” These sets are add-ons to the base game that can provide anything from new pieces, new rules, more cards, and weapons, even entirely new worlds.

Clank! is an interesting combination of a deck-building game along with elements of fantasy dungeon exploration. Players are immersed in a rich medieval environment and collect various dungeon treasure while avoiding traps and dangers.

The one truly standout feature of Clank! is the fact that sound plays a key role in the game. In order to steal the treasure, players must avoid waking a sleeping dragon. The sound of each player (where Clank! gets its name from) can be the difference between success and failure.

With a well-illustrated two-sided game board and a suspenseful story adventure, Clank! would be a great addition to any fantasy themed party or game night.

If you’re a fan of the Marvel universe, then this is an obvious choice. Marvel Legendary is a deck-building game themed completely with comic book heroes and villains. Sporting one of the largest play areas, Marvel Legendary is unique in that you can play by yourself or cooperatively with up to four other players.

With over 600 cards in the base game and expansion packs available, you can have a lot of fun with Marvel Legendary without things becoming stale. If you and your friends are into the comic book scene, this should be a staple on your gaming table.

One of the “deeper” entries on this list, Mage Knight, requires serious focus and commitment to play, but you will get an amazing experience in return! One thing that you will notice immediately are the incredibly detailed and colorful pieces. Every little detail serves to aid your immersion into the fantasy realm where Mage Knight takes place. In fact, Mage Knight has earned several awards for its artwork and figurines alone.

One thing to note here is that Mage Knight is very complex. There is a steep learning curve to play. But once you get past the learning phase, you’ll get one of the most in-depth experiences available today. If you can find the Mage Knight Ultimate Edition, which includes all three expansions, you will have many deck-building adventures at your fingertips.

Okay, so elves, orcs, knights, and demons aren’t your thing. No worries, we’ve still got you covered with Great Western Trail. This historically-based deck-building game has players managing their herds of cattle and leading them from Texas to Kansas City (the great Western trail).

Throughout your journey, you will buy, sell, and trade different breeds of cows from the cattle market to receive the most money at your destination. No magic, no spells, no dragons or evil warlocks. The perfect game for any Western aficionado.

The Settlers of Catan

Another game that takes place outside of a dungeon, but still quite fanciful, Catan is all about managing resources. Brick, wool, lumber, grain, and ore are the resources you’ll be collecting and trading in Catan. The only combat to be done is across the negotiating table, as players trade and bargain to collect the right resource cards to build their settlements.

The Settlers of Catan has a more gradual learning curve, and can, therefore, be enjoyed by a wider group of players. Since the game’s primary focus is collecting the right combination of resources to build settlements, the non-violent gameplay is suitable for younger audiences.

If you like the idea of a historical deck-building game but aren’t into the old West, then Concordia may be more your style. Set in the ancient Roman Empire, Concordia tasks players with expanding their territory. Similar to Settlers of Catan, there is no real combat in Concordia, the game revolves around resources and negotiation.

The board and all of its playing cards and pieces naturally have a Roman-European style to them, and the artwork is done very well—all serving to enhance the experience of being a Roman aristocrat. Overall, Concordia is part Great Western Trail, and part Settlers of Catan, with a Roman twist to it. If that intrigues you, then this is definitely the game you want to pick up!

Here’s one for the video gamers out there! Fallout is a deck-building game based on the popular video game of the same name, released by Bethesda SoftWorks. The game board figures and cards are all inspired by the video game, of course, and are all highly detailed. Any fan of the video game will immediately recognize what everything is, and nothing seems out of place – as sometimes happens with these “conversion-style” games.

The objective of Fallout can actually change depending on which mission cards are drawn. This is a nice touch and keeps the game feeling fresh over many plays. Set in the same post-apocalyptic world as its video game counterpart, all of the missions mirror the game’s scenarios.

If you are a computer gamer who’s into the Fallout series but are looking for something with a bit more physicality, this one’s got you covered!

There is no elaborate game board in Dominion, but that does not take away from its theme. Players take control of a kingdom that is warring against the opposing kingdom. The key here is strategy over sheer brute force. This is what gives Dominion its rightful reputation as one of the best strategically focused deck-building games. It is so beloved that online versions of the game have existed since 2012!

Which Deck-Building Game Gets Your Acclaim?

With so many options to choose from, it can be truly said that there is a deck-building game for everyone. And with so many expansion sets, you never need to worry about running out of content for whichever game you choose.

So if you are tired of the plain simple card games, and want something a bit more exotic, give a deck-building game a try. Let your imagination run wild, and immerse yourself in an adventure of grand epic proportions. 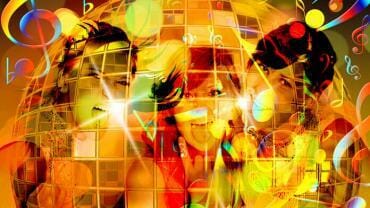