Does your perfect Friday night involve stealing sheep, cracking jokes about trading wood, and building roads? If so, you must be a fan of Catan. After 25 years, Catan is still the highlight of game nights from beginners to experienced players. What’s not to enjoy? Catan reinforces real-world resource management skills, is easy to learn, and relies on both luck and strategy to win.

Initially called Settlers of Catan upon release in 1995, Catan has you establish your settlements and structures on an island rich with resources. Other explorers have arrived to settle this uncharted land. It’s a competition to dominate and colonize the island. You win by developing villages, collecting assets such as sheep, wood and ore, to expand your cities and roads. You will need to manage resources, trade with opponents, apply clever strategy, and hope for good fortune.

The Best Catan Expansions You Can Get

Sometimes, even a treasured game becomes stale after years of rematches. Wish you could recapture the novelty? Catan expansions offer nearly limitless excursions to grow prosperous settlements and obtain victory points. In 25 years, some older expansions are out of print. The following examination includes the best Catan expansions in print. Let’s peek inside the wondrous world of current Catan expansions.

What is an Expansion?

In Catan, expansions provide additions to the base game adding new mechanics, resources, scenarios, rules, and game pieces. In addition to expansions, Catan also uses extensions to add more players. Do not confuse expansions and extensions. This article focuses on expansions for the base game. Be advised; expansions require the base game to play. In some instances, you can even combine them – compatibility is indicated for each expansion.

In response to the COVID-19 crisis, the #WeStayHome mini-expansion is a free downloadable addition to Catan. Cozy-up with the family, grab a free print-and-play board game expansion, and try something different with Catan. It includes rules for a two-player game, adds a home tile replacing the desert tile, and rehabilitates the robber token’s action.

In Catan, when the robber token is activated, the player places it on a tile of choice to steal resources from their opponent. The change in #WeStayHome mini-expansion is essentially the robber allocating resources instead of taking them. It is admirable to see the community support during these uncertain times from a board game company.

Players: 3-6
Duration: 30 minutes
Compatible with: All other expansions

In this expansion, you receive ten individual ability character cards to help with your settlements. The benefits from Helpers of Catan is an added strategy, a slight change in the game pacing, and all without unbalancing the base game.

The Helpers of Catan expansion is recommended for anyone wanting to improve strategic options without excessive rule modifications involved.

Players: 3-4
Duration: 45-90 minutes
Compatible with: All other expansions

You struck oil! Now it’s up to your playing group to figure out how to refine production using this incredible new resource. You will convert the crude oil into other materials to transform cities into metropolises. This production is not without its issues, namely environmental destruction and toxic pollution. How will you handle the situation?

If you desire more competition, higher risks with immediate consequences, then Oil Springs is for you. You won’t get away without considering the threat to the inhabitants on the island through the management of oil. Through the introduction of this single resource, you add thought-provoking dynamics of risk versus reward.

A doomsday mechanic is established through the threat of environmental disasters. Using oil directly impacts the game environment; it’s either favorable or disastrous for everyone. Pollution and greed can lead to an ‘all players lose’ situation. If your group is ready to confront the difficulties involving resources, inhabitants, and ecology, consider Oil Springs. Your game group will be engaged in discussions around the table.

Players: 3-4
Duration: 90-120 minutes
Compatible with: Seafarers, Traders & Barbarians and Legend of the Conquerors

Is your favorite aspect of Catan building, settling, and trading? Then sharpen your swords, and muster your knights, we have found the expansion you need. It’s an improvement to Catan without adding elaborate rules.

This expansion introduces commodities and barbarians, adding new tactics and mechanics while preserving the Catan’s basic strategy. The commodities are unique versions of resources used to develop three metropolises. Not only are you encouraged to improve the culture but also to defend the realm from raiding barbarians. Gain victory points through cooperation, as your teamwork benefits all inhabitants.

Interestingly, this expansion has an expansion of its own called Legend of the Conquerors. With these additional game elements, your group is in for the extreme competition of a challenge requiring advanced strategic and critical thinking skills. To play the expansion Cities & Knights, the base game is required.

Navigate your seafarers toward victory with shrewd trades and robust building strategies. If you are the first to develop new shipping lanes and settlements to newly-discovered lands, then success is yours.

When you add Catan expansions, some are more intricate than others adding a learning curve for the group. The Seafarers expansion does not add perplexing new rules or complicated mechanics. It’s perfect for players looking for a larger board, some game diversity and replayability. Seafarers makes the best Catan expansion in general because it’s easy to adapt to and still adds variety.

Here is another expansion with an additional expansion you can add-on as a scenario. To add the Legend of the Sea Robbers, you must already have the base game plus the Seafarers expansion. The Legend of the Sea Robbers campaign provides four new chapters, each with separate set-up and rules. Prepare for a time commitment to get through all four parts of this expansion. However, your rewards are an immersive story and extraordinary adventures.

Welcome aboard, me hearties! I understand some players are looking for a voyage on the high seas. The expansion Explorers & Pirates is just what you’re looking for if you want a combination of new components and dynamics that change the core of Catan, making it virtually a new game.

At first glance, the game appears similar to the Seafarers expansion, but due to the innovative mechanics, elements, scenarios, and rules, it’s anything but the same. Explorers & Pirates is not for beginners because of the amount of management required to run your business. It’s a worthy expansion if you are up to the challenge.

In the box, you will receive five new scenarios presented with new rules, each building upon previous experience. In the final scenario, everything combines to create a rich tapestry of exploration and piracy.

Players: 3-5
Duration: 60-90 minutes
Compatible with: All other expansions

The introduction of Traders & Barbarians expansion gives Catan variation in chunks rather than as an avalanche. Your gaming group can choose from five different mini-expansions. Traders & Barbarians makes it easier for beginners and intermediate players to learn the new rules. Along with the mini-expansions come a few new additions, as well as rules for playing two-player Catan.

The modular implementation in this expansion allows for personalization. You choose how you set-up or what scenario to play first. The four universal elements to choose from are the friendly robber, dice cards (instead of dice), the harbormaster, and rules for a two-player game. You can implement all, some, or none of these.

To add more variation, you select from the following scenarios:

Each scenario offers something fascinating and has no specific playing order. The advantage of the modular approach makes this expansion ideal for just about anyone playing Catan. Mix and match the elements you enjoy for loads of fun at your next game night.

The expansions of Catan deliver variety with vast resources and captivating scenarios from barbarians to pirates. Once you start experimenting with expansions, your game nights will evolve and grow with your group. Just don’t forget to check the necessary prerequisites for each expansion before you commit to the purchase. All expansions will require the base game, and others may need more.

Even with the replayability added by all these expansions, sometimes you just need to change things up a bit. When you decide to escape the island, Catan offers spin-offs as well. How about discovering and settling the galaxy? 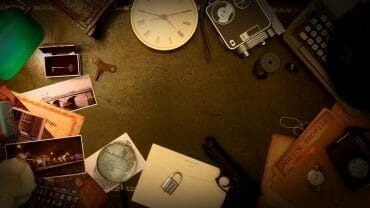