An operational definition simply provides a firm and replicable procedure that can be used to create a different, yet measurable result. For instance, fear can be defined in an operational way. It simply measures the physiological responses such as the pupil dilation, the blood pressure elevation, and the tachycardia, as the body’s response to a perceived threat.

On the other hand, the basic definition of fear is just the emotional reaction that people face when they perceive something as dangerous. So what is an operational definition? It’s simply the definition of parameters that help in establishing properties that are sufficiently accessible and can be understood by an average person.

The Importance of Operational Definitions

The first example is of a researcher who wants to measure if there is a relationship between addiction. For instance, their hypothesis wishes to test if addiction is likely to increase with age. In this section, there are two variables: addiction and age. To make the research as presentable and as clear to the average person as possible, the researcher has to be clear with the definitions. How will the variables be measured?

For instance, how is age going to be measured, and more importantly, how will they measure addiction?

Age may seem easy to measure. Some might even wonder why we need to define age, especially when everyone knows what it is. However, one researcher may deem that age should be measured in months while another may want to measure it in years. To understand and effectively apply the results from the study, the first thing to do is figure out how the researcher has defined age.

Let’s assume that age has been defined in years for this example.

Now, it’s time to test the variable of addiction. Obviously, this is a bit more complicated to test than age. To operationalize and create a concrete definition, the researcher would have to clarify specifically how they want to measure addiction. They can decide to narrow down their definition and say that addiction is simply the extent of withdrawal a person is facing from a substance.

Or, they may decide that the definition of addiction is linked closely with the DSM-5 criteria for any kind of substance abuse disorder. For this example, let’s assume that the researcher decides to do things by the book and goes with the DSM-5 definition.

Now, the operational definition will look something like this: In the research study, the researcher has defined age as measured in years, and the addiction has been defined as whether a participant meets or fails to meet the DSM-5 diagnostic criteria set for substance abuse disorder.

The Second Example – Crime and Weather

The second example relates to a researcher wanting to measure the relationship between violent crime and heat. For instance, their hypothesis is whether a link exists between the rise in temperature and the rise in crime. As you can see, there are two variables here: crime and weather.

To ensure the preciseness of this research, the researcher must provide operational definitions for both of these variables.

Weather will be the first variable, so the researcher must come up with a sound definition of how to define it. The researcher may choose to define the weather as the temperature outside specified in Fahrenheit. Or, they may choose to get a bit more specific because the weather doesn’t remain the same throughout the day and continues to fluctuate.

The researcher might say that weather is defined as the highest temperature recorded in degrees Fahrenheit during the course of the day.

Now, crime shall be the second variable. The researcher must define how they are going to estimate and measure the instances of crime. For the sake of this study, let’s assume that the researcher wants to use the description given by the FBI of violent crime. This would then include forcible rape, robbery, aggravated assault, murder, or non-negligent manslaughter.

But, how does one figure out the number of crimes that were carried out in the course of one day? The researchers may narrow down their definitions by highlighting figures such as the number of people arrested for violent crimes by the police in a localized area.

Now, the definition will look something like this: for the purpose of this study, temperature has been defined as the highest temperature recorded for the day measured in degrees Fahrenheit. Violent crime is then defined as the number of people arrested for murder, forcible rape, robbery, or aggravated assault, as per the description given by the FBI, and the arrests made by the police.

As you can imagine, the objective when writing operational definitions is to make sure that the variables described in the study are not open to interpretation, and that clear and specific definitions are given. These definitions are used at all times whenever data is being collected.

Without a proper definition, data is going to be inconsistent and may not give the right result. While it may seem easy to assume data and how it works, it’s important to figure out the accurate details so that the result of the study can be replicated properly. The only way to ensure that data collection remains consistent is by eliminating ambiguity.

How to Write One

The first thing you need to do is identify the characteristic of interest. This is the point of data that is going to be measured. Then, once you have figured that out, the next step is to select the measuring instrument. It could be a visual check, a weighing scale, or virtually anything.

Finally, a test method needs to be selected, and the decision criteria must be selected. The results must be documented to ensure that they are relevant. Finally, the definition must be put to the test before it can be implemented. The input must be used to determine whether it is suitable or not by asking relevant people to give their suggestions. 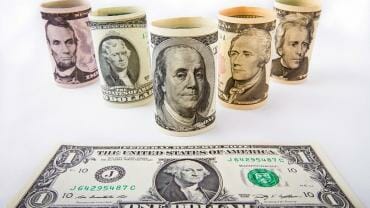