One of the most challenging activities that you might take part in is a debate contest. Held from school level, debates play an important role throughout society. They are used in universities for challenging and settling different viewpoints, and there are national declamation contests held around the globe as well.

Perhaps the most challenging part of debating is the public speaking. You will be standing before a large group of people, and everyone will be scrutinizing your every move. You need to make sure that you are comfortable with the debate topic and have important information to speak about.

Here are a few tips on how to prepare for a debate.

Going to a debate without knowing about your topic is a terrible idea. It’s like working on a research paper but without doing any research on your own. It’s one of the worst things that you can do.

Many people are under the impression that they can “wing it,” but that’s actually not true. Debates are different than usual arguments. There is a moderator present, and there are usually judges that are going to gauge your viewpoints.

As a result, if your knowledge of the subject matter is weak, not only will you lose the debate comprehensively, but there’s also the added humiliation of losing in front of a large crowd.

When you go up against an opponent in a debate, you both will have to choose different sides. In some situations, you will have the option of choosing the side on your own. In most others, the debate moderator will assign different sides.

Once you know which side you have to argue on, it’s important that you get started with preparing your arguments.

It’s important that you prepare the major ones in advance so as to avoid repetitions and redundancies when you are up on stage. More importantly, see how you can link different points with each other for a more articulate debate.

The human mind is biased. Obviously, you will think that you have all the right answers. However, it is important that you evaluate your arguments in detail, preferably with a friend, so that you will know which ones are weak.

Evaluating your arguments with another person will give you a better idea about whether they are strong or whether they need to change.

You will also need to pick out a few important arguments that will eventually turn into your key debate points. These are essentially the points on which your entire debate will be structured, so make sure you choose accordingly.

Once you have beefed up your arguments, it’s time to focus on the counterarguments. Think what your opponent is likely to counter with when you say any of these things on stage.

This is one of the most effective debate strategies that can help you land the win. If you already know what your opponent might respond to, you will be able to work on a counter-strategy to discredit their response.

It’s an excellent way to get ahead and prepare yourself for what you are likely to face in the debate. If you already have a strong idea about the counterarguments that might come your way, you can prepare for the debate in a better manner.

Your opponent is also going to throw their arguments at you. You have to make sure that you have a set of refutations at the ready. The best way to prepare for them is to first identify the weak points on the side you have chosen.

It’s an integral part of the debate preparation process and will make it considerably easy for you to get on the right track.

You simply can’t expect to retain all of this information in your head. It’s one of the reasons why most debates allow you to have cue cards. You can choose to take a few with you, or you can decide to go without them.

Cue cards are essentially small cards that you can write pointers on for what you are going to say. It’s generally important that you write some key topics and your essential points so that you don’t forget anything.

Cue cards are also a great idea for writing down facts that you are going to use to supplement your points during the debate.

Go Through the Rules

There are specific rules and regulations depending on the organization or the debate contest. It doesn’t matter how strong your argument is, if you don’t follow the rules, you will be disqualified.

It’s important for you to make sure that you go through the rules in detail and master them. Try a few practice debates so that you know if you are sidestepping the rules or not.

It’s important that you practice first so that you are ready for the big day. The importance of practice can never be discarded.

Practice in Front of a Mirror

One of the best ways to realize how you speak and identify your shortcomings is to practice in front of a mirror. It’s important that you stand before a mirror so that you are able to identify your body language and make adjustments.

You should be able to figure out what you are doing wrong, or if you are exhibiting any signs of nervousness when you are on stage. It’s important that you do that several times so that you are clear about the whole thing.

These are just some of the simplest tips to follow when it comes to preparing for a debate contest. 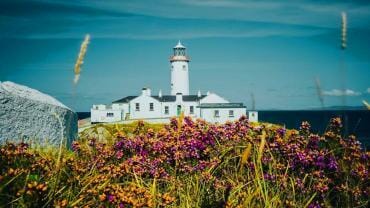