Due to COVID-19, tensions in the economy are rising. According to a study, unemployment rates peaked in April 2020. This means, during this time many people must have lost their jobs. Businesses are only concerned about profits. When they observe declining profits, they’re forced to cut back costs or increase the price of their products.

But since people had already stopped buying a lot due to less disposable incomes, firms were forced to either furlough or lay off employees.

When describing a layoff, special attention needs to be paid to the words. Most people confuse layoff with firing, which is wrong. A layoff is when the company has decided to terminate the employee due to significant changes in the company. This may be because the company cannot bear the costs of hiring so many employees, or simply because there is no work.

During pandemic times, countries were locked inside their own borders. Imports and exports were low, and this disturbed production. Local supply was the last resort for businesses, but they had to lay off a lot of employees.

Due to COVID, even tech companies were forced to lay off their employees because of unavailability of work. Even though one might think that tech workers will adapt to work from home the quickest but even they weren’t safe from the pangs of the pandemic.

Which Is Better? Being Furloughed or Laid Off?

There is no doubt that most people are familiar with layoffs. They don’t even know what furlough means because it is a technique that is usually not adopted by companies. However, it has its fair share of pros and cons.

Pros of Being Furloughed

Moreover, employees who are furloughed can always look for small side gigs that increase their disposable income. Being furloughed does not mean that you cannot look for new work. However, an employee should keep in mind before making a contract that the company may require their services again. This should not collide with the side gig they are doing, otherwise the company may ultimately choose to lay off the employee.

Another big advantage of being furloughed is that while you’re not working, you can always learn new skills and take up courses that you like or that may help you in your career. There are many online websites that offer courses at a price. Some even offer courses for free, which means that your time is essentially not wasted.

Cons of Being Furloughed

A big disadvantage of being furloughed is that you cannot look for a permanent job somewhere. Since you may be called to the company, you can’t agree to sign a new contract with a different company because a new company might not deal with you as well as your previous company did. Plus, you may have to make do with a lower pay.

For the government, a big disadvantage is that the furlough scheme costs a lot. Since the government will have to pay the wages and employee benefits from their revenue. However, one can argue that this revenue comes from taxpayers’ money, which is essentially what people earn. So it will ultimately come to bite back regular people of the population.

Pros of Being Laid Off

The first advantage of being laid off is that you can begin looking for work actively. You can focus on finding a new job, without your previous job holding you back. Unlike being furloughed where you may need to go for side gigs instead of a new job altogether.

Another advantage is that some companies also describe being laid off as temporary suspension. While others may rehire you after you’re laid off from work.

Cons of Being Laid Off

The first biggest disadvantage is that you won’t have an active job, which means you have to search for a job. In COVID times, unemployment rates have been unexpected. This means firms may not have vacancies that you can fill. So the employee may have to spend a long time before they actually find a new job. They can, however, make do with side gigs for a while.

Another disadvantage is that many firms, and employers alike, confuse being laid off with being fired. They believe that a lay off is when the employee has committed a mistake, a grave mistake at that. Due to this, they were laid off.

Again, it’s not easy to generalize which is better. But if the situation and scenario is normal, then furloughs are better than layoffs. This is only from the employee’s perspective. However, from the firm’s perspective, layoffs are better because they don’t have to pay the benefits. When doing a comparison, the firm and its policies need to be considered. This is extremely important because the employment policies and guidelines that a firm subscribes to is what will ultimately decide whether furloughs are better than being laid off. 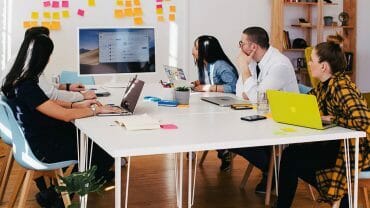