Most organizations are well aware of the competition that exists between different employees and departments. In many situations, organizations don’t really mind a bit of healthy competition among their employees. Social building tools are generally used among organizations to help connect them together and to bring the best out of them.

Employees who compete with each other learn about growth and humility, and they also learn how to grow professionally. However, balancing the competition is important; you have to make sure that the competition remains at balanced levels.

In some cases, employees start competing with each other at the expense of the growth of the company. You really don’t want that. It’s important to understand how to manage competition in the workplace, so let’s talk about that.

Understanding the Kind of Competition at Work

Competition Is Not Always Conducive to Growth

It’s important to understand that not all employees thrive under pressure. In fact, according to one study, almost 50% of employees tend to buckle under pressure. Ultimately, this means that their performance is going to be adversely affected as a result of the increased competition.

You have to understand that every employee perceives competition in a different manner. Some thrive with it, while others often fail to perform to the best of their capabilities.

Healthy competition is not supposed to scare employees. In fact, it’s designed to make things exciting in the workplace. You need to focus on creating an atmosphere where employees who compete with each other do not try to let others down.

For instance, you can introduce incentives in the workplace, such as different types of bonuses to encourage growth. Negative competition is not a wise idea and is going to have a dire impact on employee morale. For instance, if employees feel that they are going to be berated for losing the competition, they will avoid taking part.

Similarly, if a failed competition means an employee will miss out on a promotion, it’s going to have a terrible impact on employee morale.

Competition Is Not Always Necessary

It’s also important to note that competition is not always necessary. It’s important for you to understand that not every project should be given a competitive spin. Healthy competition is all about giving employees an option of competing in the workplace.

If an employee feels that they are being forced to compete even though they don’t want to, it’s going to have an impact on their performance. You also have to understand that the nature of competition varies depending on the job roles of the department.

For instance, competition might be healthy in a group of salespeople, but it might not be as good with a team of developers. You will have to figure out where competition is actually worth it; don’t just try to force it in where it’s not needed.

Many managers focus on providing incentives and rewards for winning the competition. However, you have to understand that after a bit of time, these rewards will become boring, and employees will no longer feel driven to compete or win.

It’s obvious that such rewards simply don’t last in the grand scheme of things, so you will have to look at alternative solutions. The best thing to do to generate healthy competition in the workplace is to focus on intrinsic motivators.

Now that you understand the importance of competition in the workplace, here are a few tips on how to encourage it in a healthy manner.

Before you can start introducing competition in the work environment, you need to focus on creating a platform that allows for healthy debates and conflict. Unless employees are able to communicate with each other in an open fashion, they are simply not going to want to compete.

By fostering open channels of communication and allowing employees to debate on different topics, you will be able to see how they bring different ideas to the table. Essentially, this is going to allow you to innovate and improve the work environment.

Healthy debate begins by giving employees reassurances that their opinion holds value. When an employee knows that their word holds value, they will automatically start debating and talking with others. This is what’s going to create a healthy environment.

Frame the Competition Around an Important Need

It is important that you offer quantifiable rewards and set the criteria specifically. More importantly, you should always let the employees know about how the competition is going to benefit your business and how it’s going to aid in employee growth.

Without professional development as an intrinsic motivator, you won’t be able to make a positive impact on your employees.

There are plenty of team-building activities that you can try out with your employees.

It’s also equally important for you to make sure that you set a timeline for the rewards. For instance, the competition should run for a specific period of time, and then another should replace it. These are just some of the most important things that you should know about fostering healthy competition in the workplace. Make sure you encourage and reward your employees to keep their spirits up! 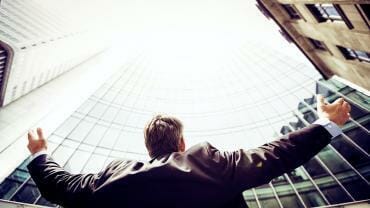