A lot of people are familiar with the western zodiac system, complete with signs based on constellations and stars above anything else, as it is the most widely talked about zodiac system in the western world.

However, a lot of people also don’t realize that there are far more zodiac systems than just the western one and that there may actually be a zodiac system that you identify more with. From the famous Chinese zodiac to other types of zodiacs, you might be surprised to learn just how many there are in the world.

A good example of this is the Celtic zodiac system, which is not often focused on unless you are interested in Irish astrology. This zodiac system was drawn from the ancient inhabitants of modern-day Ireland and is quite unique when compared to the more common zodiac systems that people refer to today.

If you want to understand more about zodiacs, their origins, and what their signs might mean for you, learning about the Celtic zodiac system is a great place to start since there aren’t many people who know about it. Learning about what the Celtic zodiac signs mean can help you feel more aligned with who you really are, especially if you feel a deep connection to Irish heritage and history.

Where Did This Zodiac System Originate?

Much as with other zodiac systems, each sign corresponds with a type of “power” or “energy” and the Celtic zodiac system is no different in this sense. Each lunar sign would be assigned to a sacred tree and it was believed that one’s personality would correspond with that tree’s attributes. For example, someone being born under the Birch tree would be tough and resilient, just as the birch tree is a hardy and sturdy tree.

Within the Celtic zodiac system, you would also be assigned an Ogham, or a symbol, to mark your lunar month. There would also be a color, animal, and gemstone assigned to your lunar month as well to help you further identify your traits and your personality type. Because nature and trees were such an important figure in Irish mythology, especially for the druids, it is important to learn more about the trees that correspond with the Celtic zodiac system.

The Signs of the Celtic Zodiac System

To begin understanding the Celtic zodiac signs meanings, you are first going to want to know what those signs are. There are two predominant Celtic zodiac signs that people work with and rely on in modern times, and those are both the trees and the animals. For the nature-oriented druids of Celtic origin, both of these signs would carry a lot of meaning that you could derive from them, allowing you to easily have an understanding of what your personality is and what your strengths and weaknesses are.

What Do the Tree Signs Mean?

What Do the Animal Signs Mean?

What Makes the Celtic Zodiac Special?

The Celtic zodiac is one that certainly stands out from the rest when it comes to what signs it associates with and what those meanings hold for the people who assign meaning to them. The Celtic people were highly nature-focused and this is reflected in their zodiac signs as they all correspond with some form of nature, whether that be an animal or a tree. Keep in mind that to the druids, all trees were considered sacred.

Whether you have Irish heritage and you want to honor that by looking into the Celtic zodiac to see where you fall or you are simply someone who is also as in tune with nature as the Celtic people were, there are plenty of reasons why you may want to consider associating with the Celtic zodiac system.

In many cases, people who find importance in the Celtic zodiac system are often people who appreciate what nature has to offer. If this sounds like you, then there’s no way you could go wrong with this.

There is even more to the Celtic zodiac system than this, though, as there are also gemstones, colors, and the shamanic Irish alphabetical symbol that is assigned to each of the lunar months that corresponds with this system. If this is a zodiac system that you feel you can strongly identify with, then the best thing that you can do for yourself is to research more and look into it.

The Celtic zodiac system is one that is unique in today’s world, especially in a time when people focus more on the stars that are in the sky and out of everyone’s reach than the trees and nature around them.

If you are struggling to identify with other zodiac systems because of this, then you may want to consider looking into the Celtic zodiac system as it feels grounded, is down to earth, and has countless connections to nature that run as deep as Irish mythology itself does. 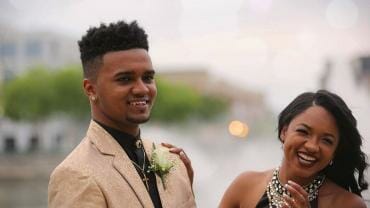