Home
LIFESTYLE
GAME
The Best and Most Intriguing Mystery Board Games

People love whodunnits. When watching a movie or a show, our eyes and ears strain to identify suspects and clues. Who makes mental notes of details when reading a book? It’s exciting to follow the story and solve the case, but reading and watching are one-sided experiences. What we crave is interaction and the thrill of discovery. Is there a way to get all of that?

The Coolest Mystery Board Games for Your Game Night

Yes, there is! The best mystery board games played at home for game night or parties can satisfy that inner detective in all of us. These games offer familiar boards or cards and add style and content to create drama and deception. A good mystery needs more than a detective, a crime, and lots of clues to corral. Captivating mysteries have a tense atmosphere, a good villain, a red herring or two, and a fascinating premise to start things off. The games below deliver on all counts.

Armchair sleuths, don your deerstalker hats and set off through Victorian England to solve a murder case. For each case, players must deduce three things: Who did it, why, and a third variable like where the crime happened.

The game is not complex, but gathering clues and solving the case can be. There are 220 cases to solve, with difficulty ranging from easy to hard. Clues can be gathered out of order, ranging from obvious to very vague. Like Sherlock Holmes, players must use their deductive reasoning and analysis skills to connect the clues together.

This game can become a family night or party favorite. A parent and a young child can play as a team, so a family of four can play as two teams. Each case can take 60 minutes or more to solve. Adults can enjoy the team play aspect as they race to see which team solves the case first. This game offers the best experience for two to six players.

For a paranormal twist, try Mysterium. A restless ghost haunts an old mansion. The ghost was falsely imprisoned and in death, gives the current owners no peace. The owners want it gone. Paranormal investigators are on the job.

One player takes the role of the ghost. Other players are the psychics investigating cases in an eerie mansion. By handing out various types of cards, the ghost provides information and clues about the crime. The ghost can observe and listen to the other players, but cannot speak with them.

Gameplay consists of two stages per round. In the first stage, the crime is reconstructed. The investigators actively investigate in the second stage. The number of rounds is not unlimited. Rounds are usually limited to seven.

The investigators must identify the culprit, the motive, and how the crime was carried out. If their guess is wrong, all the players lose. If the guess is correct, then the ghost departs from the house once and for all.

Mysterium is ideal for three players or more to get the most out of the concept and gameplay. Good replayability comes from the clear rules and the variety of card combinations that the ghost can give out.

The original Clue game was called Cluedo. The inventors created it as a way to pass the time during World War II air raids in England. It has been changed over time, but it remains a mystery game favorite for many people from childhood to adulthood. Clue Master Detective is the latest version with new features appealing to adult players.

Gameplay remains the same. Mr. Body is murdered by one of the guests or staff. Players turn detective to find out who among the guests and staff did it, where, and how. The first detective to guess correctly wins. The newest addition adds new features that increase engagement and intrigue.

Master Detective adds the ability for a player to make a suggestion when entering a room and collect clues. Use suggestions to get information from other players. If a player has a card that reflects the suggestion, then the card must be given to the suggesting player.

Another new feature is snoop spaces. When a player lands on a snoop space, they can select another player’s card, look at it and return it to the player. The card is not shown to anyone else.

Grey Fox Games’ Deception: Murder in Hong Kong is set in modern times. Players gather to deduce who the murderer is and how they did it using specific clues. The investigators must guess all three correctly, or the murderer gets away.

Players select role cards and lay them face down. The exception is the forensic scientist who puts their card face up. The scientist then gives eight cards to each player. These cards are relevant to the murderer and the clues of how the deed was done. Unknown to the other players except for the forensic scientist, the murderer chooses the weapons and what clues are hidden away. From then on, the scientists doles out analysis while the murderer does what they can to avoid suspicion and cast doubt on other characters. If the correct guess is made, then everyone wins.

Due to the nature of the gameplay, Deception: Murder in Hong Kong rates high on the interaction among the players and replay value. With a limit of three rounds, the game is fast-paced, with a short overall game time of less than an hour.

This game is best played with six or eight players. With more players, two other roles are granted – the accomplice and the witness. These two roles contribute to the deception overall. Some graphical depictions on the cards may be inappropriate for younger or more sensitive players. You can remove these cards without affecting the overall experience.

Exit: The House of Riddles

For one to two players looking to try mystery games, Exit: The House of Riddles fits the bill. You arrive at a spooky house after being invited by your friends who are investigating the house themselves. Unfortunately, your friends are nowhere to be found, and the door locks behind you. It’s up to you to escape and find your friends.

To start the game, the player picks a riddle card, which is used to discover a three-digit code. The code is matched to one symbol among many. A decoder will reveal if your match is correct or not. If wrong, the player must try another symbol. If correct, the player can take an answer card. The answer card will have information to move the game along.

Players must chain the clues together to find the right answers. There are puzzles to solve and tasks to complete along the way. Exit games are unique in that players are urged and sometimes required to use common objects around them to better visualize a task or problem.

Exit: The House of Riddles by Thames and Kosmos is a straightforward escape-style game. It’s too basic a game for veterans but may prove to be a good introduction for beginners. The game is not fast-paced, with sessions lasting longer than an hour. The cards are wordy, and that contributes to the game’s slow pace. If you’re looking for something different and hands-on, you should definitely give this game a shot.

Created with H.P. Lovecraft universe in mind, Mythos Tales has a bit more bite than the other games on this list. Choices made by players affect the ending. There are multiple endings, and players can disappear never to return!

Aiding Professor Henry Armitage in the city of Arkham, the player must help solve the cases littering the case files. With a city map, a list of contacts, and a newspaper, the player strides from various locations speaking with allies and enemies to gather clues and critical items.

There are no dice or board. Instead, a map of Arkham serves as a pseudo-board to track progress. The player doesn’t get instructions on where to go and who to speak to. Based on information about the case, the player decides how to proceed. The information and items available on each visit change based on different factors like time or sequence of the visit. A timer indicates the time left to solve the case.

At the end of the investigation, the player meets with the professor. Armitage poses questions about the case. Correct solutions will earn the player points. Armitage shows the ideal sequence of investigation and compares it to the player’s progress on the case. Points are deducted for wrong locations, clues missed, or persons not visited. Mythos Tales from 8th Summit does Lovecraft justice while providing players with a different but still entertaining gaming experience.

There’s a wide variety of mystery board games out there. No matter what you’re looking for, you’re guaranteed to find the perfect game to tickle your fancy. Our list of six games covers the mystery board games we found to be the most intriguing and entertaining. So pick the one that sounds the most interesting and prepare for a game night that will satisfy your inner detective. 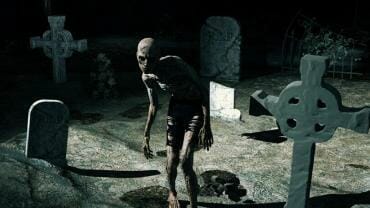