The market is filled with merchants hawking their wares, but none hold your interest. You have journeyed from town to town, seeking your fortune. Rumors, troubling yet intriguing, have reached your ear about this place called Gloomhaven.

There is coin to be made if one has the resolve and a good sword arm. You have both. Your feet lead you to a tavern. There you get more information that entices your heart and mind. A wizened man in the corner mutters, “95 missions,” over and over again. Is he addled?

Light purse aside, you feel drawn to a tankard of mead. A brute like you needs sustenance to stay strong, after all. The barman points towards a table in a dark corner and says, “That party lost their brute in the Barrows. Good luck and good fortune.” A sense of destiny sweeps over you as you approach the three adventurers drowning their sorrows in ale. Aye, a party of four is ideal. Few to argue with over treasures found and numerous enough to dispatch most creatures, save the damned ones.

Your greeting is direct. “Hail, friends, I am Kerriq the Bold Brute. My sword is yours if you will have me.” Your acceptance was never in doubt. Now, your quest truly begins – survive and prove yourself worthy of service to the Blood God. Onward, Gloomhaven awaits!

Created in 2017 by Isaac Childres, Gloomhaven has made numerous top ten board game lists and won many awards over the years thanks to extensive worldbuilding, rigorous character development, methodical combat system, and enormous replay potential.

Gloomhaven’s overall design is a matter of addition and subtraction. It’s one of the biggest board games on the market at 22 pounds. Yes, that’s the right figure, not a typo. Inside the box are 1,500 cards that affect all manner of game mechanics, 17 boxed miniatures, hundreds of tokens, lots of game tiles, a world map board, and several books.

The game doesn’t include any kind of dice or attribute scores. Dice is to traditional RPG board games as coins are to a slot machine. Also missing are ratings for individual traits. Most fantasy games give characters scores for intelligence, agility, strength, or dexterity. A warrior could have a low score for intelligence, but high values for strength and dexterity. Gloomhaven proves that neither dice nor attribute scores are absolute requirements.

Make Your Way Through a Monstrous World

Players get drawn into the fully realized world of Gloomhaven from the moment they open the box. Just from the size of the box, you know it will be a game of colossal proportions. Illustrations are detailed and sumptuous, and miniatures are beautifully detailed, tempting the best colorists to begin thinking of color combinations.

Organizing all the content is a task in itself. Tokens can be fiddly and prone to separating from the backing board. Cards must be separated by type and function. They are further segmented by campaigns, because not all cards are used for every campaign. Since cards are heavily used and shuffled constantly, it may be best to put them into plastic sleeves.

Gloomhaven departs from the traditional races with the introduction of new ones like the giant Inox with their devil-like horns, the crystalline Orchids, the vermin-like Vermlings, and the alien-looking Quatryls.

Best of all, Gloomhaven is a world adventure. Campaigns and personal quests will take adventurers to a hidden temple in the Watcher Mountains and treasure-filled islands in the Misty Sea. Naturally, there are necromancers, Vermlings, imps, bandits, demons, and other evil creatures to overcome, but that is a mercenary’s lot in life.

At the start, all players must choose their character class and a personal quest. Players are introduced to six classes to choose from:

Once a starting character has completed a personal quest, they must retire their current class and assume one of 11 additional classes. They are:

Each player fills out a character sheet with their name, selects a personal quest, and decides how to spend their 30 gold coins. The shops offer weapons, spells, and supplies.

Personal quests can vary. You can complete some of them by visiting a location, defeating a specific monster, or retrieving an object. Other quests are based on the actual game. For example, becoming a Zealot of the Blood God requires the character to exhaust themselves completely ten or more times. Exhaustion is somewhere between unconsciousness and death.

Lastly, the team must decide if they are to play for the side of the virtuous and helpful or the side of the dastardly and deceitful. This will reflect in a high or low reputation. Reputation can decide the adventurers’ fate in later encounters.

With no dice to add a touch of unpredictability to the game, Gloomhaven uses cards (lots and lots of them) to move players through scenario after scenario. Players will use cards to choose character abilities, fight and kill monsters, solve puzzles, and complete personal quests. Action cards come into play during encounters. Each player must use two actions card per turn. The card has an initiative number in the middle that determines turn order for each round. Since different actions are used per round, the order of movement is never the same.

Each action card has a top and bottom action. The player must choose the top action of the first card and the bottom one of the second card. Top actions are usually related to attacks, while the lower actions are for movement, like running, walking, and jumping. There are exceptions where the actions are not related to attacks or movement. There are cards for healing, casting spells, using tools, or retaliation for extra damage. Once an action card gets used, you have to discard it.

During a turn, players also draw combat cards after every action card. These cards affect the amount of damage dealt or received during combat. Monsters and foes have their own deck of cards that describe the monsters’ sequence in the round and their actions. A monster can choose a posture of attack or defense.

Players cannot be lazy. They must always be mindful of their cards and when to use them. Once a player runs out of cards, they are out of the scenario. Discarded cards can be returned after a player rests. To add to the general unpredictability, some cards are permanently lost for that scenario, not just discarded.

Like most fantasy games, Gloomhaven has main and side quests. Just as the man from the tavern kept repeating, Gloomhaven has 95 scenarios that grouped together run as one long, built-in campaign. Players can also pick and choose scenarios to create a do-it-yourself campaign. Stickers are placed on the world map as scenarios get completed. Some scenarios require sealed envelopes to be opened and read while others have their descriptions in the accompanying books. Some scenarios are nested inside others or can only be accessed upon completion of a previous scenario.

A nice touch is the ability of characters to retain any skills or points attained during a scenario, even if the scenario was not completed successfully. Players may have to redo the scenario and hope to finish it with better skills and strategy. Like real life, characters continue to evolve and enhance their abilities.

Gloomhaven can be played by one individual playing two characters, but it can get confusing that way. The best number of players is four. Setting up can take up to an hour due to the need to set tiles, characters, and various tokens for loot, treasure, monsters, and traps. You should leave the game on a table in between sessions to save time.

If all scenarios are played, it adds up to 100 playing hours with difficulty levels ratcheting upwards over time. This is a meticulous game that will challenge even veteran gamers. Once players are well versed in the combat system and general rules, they can complete scenarios in an hour or less, making for a fast-paced dungeon crawl.

Gloomhaven allows players to escape into a true fantasy world. With constantly evolving characters full of strengths and flaws, no game is ever the same. The combat experience grows richer as players gain more experience and work together. Like peeling an onion, each scenario reveals another layer of a detailed world that’s definitely worth exploring. 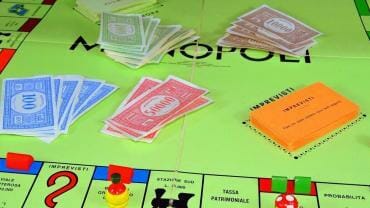